SICAM company has been founded by Idres Zanardi in 1975, but the activity of Idres Zanardi  in the field of textile machines and dryers construction has deeper origin.
After a job as draftsman at “Aeroplani Caproni” until 1947, Idres Zanardi had the first contact with the mechanical-textile world working at S.A.I.D.E. Company in Milano, company for the production of stenter frames and dryers for the textile industry.
It was in 1947 and in Italy everything had to be rebuilt after the tragedy of the war.
There was a lot of work to do, and in this condition of enthusiasm and want to do, Idres had taken the decision to create his own company together with a friend.

In 1953 the two young men founded “SICAT”, located in an area of the building of Aeroplani Caproni in via Mecenate in Milano. 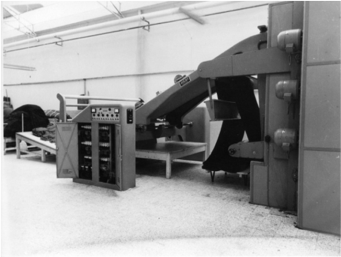 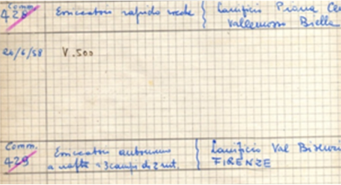 Therefore, 1953 marks the beginning of Zanardi family in the field of machinery for textile and for nonwovens.
Since 1953 to 1960 had been built more than 500 machines, dryers and stenter frames.
In 1960 the two partners decided to run different roads and Zanardi come out from SICAT.
SICAT without Idres went on for 2 years and then had been absorbed by “ALEA”, which only from this union started to make stenter frames.
Zanardi entered as partner in a big steel construction company named “COSTRUZIONI TRAVERSI MILANO” (CTM), that in this occasion changed name in “COSTRUZIONI TERMOMECCANICHE MILANESI” (CTM).
The company had the activity of steel construction, but with the entrance of Zanardi built machines in the dryer textile field, glass fiber and since the 70 th in the nonwoven field.

In 1975 SICAM was born with only engineering activity while construction remained in CTM.
Little by little SICAM used also different suppliers and after the liquidation of CTM for decision of the partners, SICAM formed its own workshop and workers staff, in order to built parts of the machines, to do the preassembly and to do the final assembly at the customer site.
In 1983 Idres’ son Stefano Zanardi, after Mechanical Engineering degree, entered in the SICAM with technical and commercial functions.
SICAM attended international exhibitions and fitted its production to the new market requirements, more and more oriented to the recycled nonwovens productions.
SICAM can now offer a wide range of equipments for the bonding of nonwovens , by thermo  or chemical process.
The SICAM’s availability to build tailor made machines permits to enrich its experience, so optimizing its own production range machine after machine. 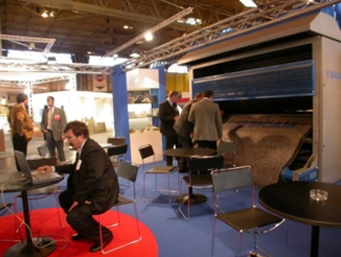 Now a lot of SICAM’s machinery are working in many countries of the world and the company became able to have a worldwide marketing force.
Experience, professionalism and reliability allow SICAM to collaborate with other companies and international groups in projects to provide the customer with complete plants and a full service.