The Sicam felt double belt ovens are suitable for the production of nonwovens made of recycled fibres’ mixed by binders. The binders can be melting fibres like PP or Bico Pes (thermoplastic fibres) or phenolic powder ( thermosetting binder).

The thermobonding by thermoplastic fibres is used for nonwoven in the field of the insulating and mattresses industries.
The thermobonding by thermosetting resin is used for nonwoven, for insulation, for automotive felts and for home appliances.
For both the thermobonding process, that is with thermoplastic fibres or thermosetting resin, the oven project has the same technological principle.
Sicam has developed an high efficiency air through ventilation and a reliable adjusting of the ventilation width( according to the nonwoven width ), in order to avoid any side bypass of the process air during the air through ventilation. In addition we find the construction Sicam philosophy without sliding elements. this solution make possible an easy access and to inspect inside the oven reducing the maintenance time and costs. 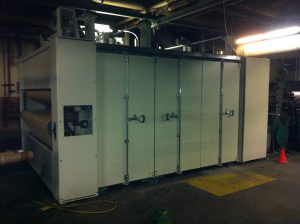 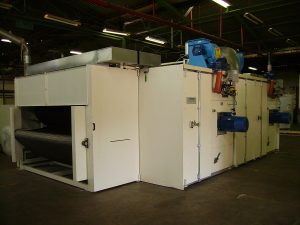 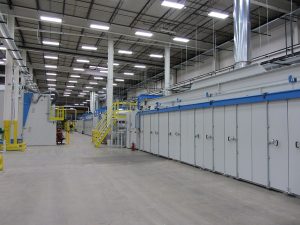 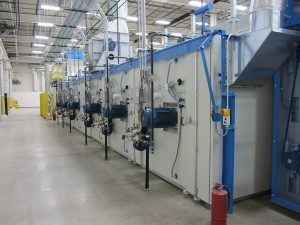 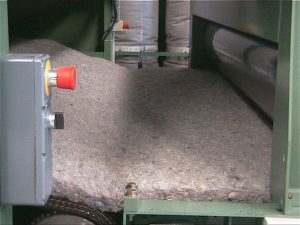 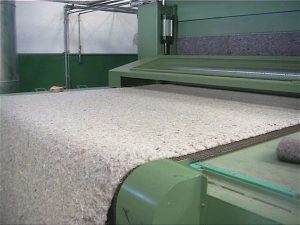 Sicam has a particular care in the choice of the conveyor belts according to the production request of the customers, as the conveyor belt is a strategic component for the final quality of the nonwoven. The top conveyor is magnetically supported and in this case conveyor of course are metallic and chosen by Sicam among many kind of conveyors in order to find the best compromise between the final surface finishing of the non woven and the optimization of the maintenance and cleaning operation. 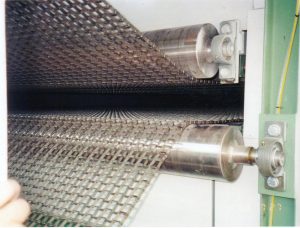 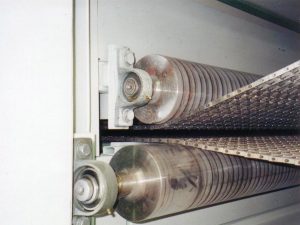 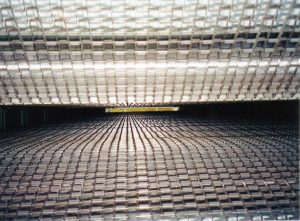 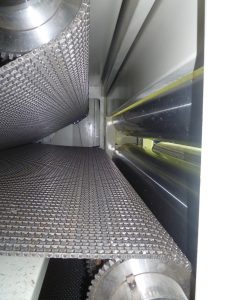 Sicam has invented and tested since many years a system to solve completely the problem of eventual air leaks from the oven in the working room. This air contains many times pollution components . the Sicam system foresees a particular ventilation system which allows to ensure a negative pressure inside the oven insulation panels to guarantee an optimal tightness, avoiding leaks .

The Sicam double conveyor ovens for thermobonding process by thermoplastic fibres can produce different density and thickness thanking to an exit section provided with calendar and cooling conveyor belt.

The Sicam double conveyor ovens for thermobonding process by thermosetting binders give directly the final characteristic of density and thickness of the felt without any calendering process at the exit.

The production of this kind of felts is improved by the installation of a steam oven at the entrance. The steam injection makes a prefixing of the phenolic powder when complete cured felt is produced or allows a production of semi cured felt at a very precise temperature. 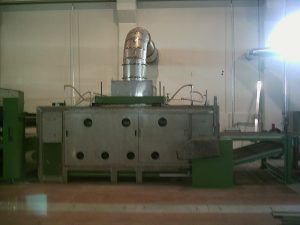 To extend more the range of product it is possible the installation at the entrance of a foam impregnation section . 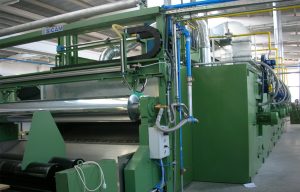 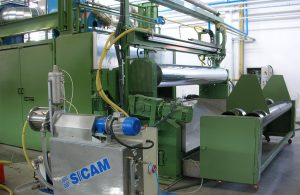 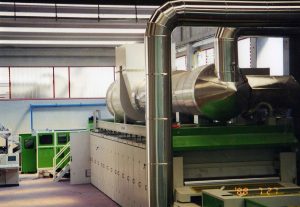 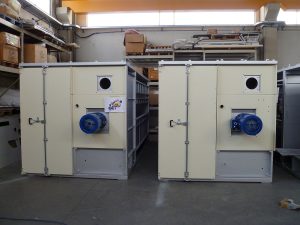 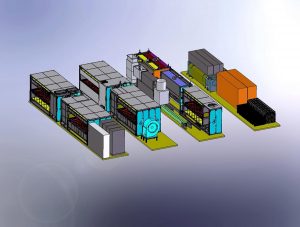