Sicam has developed in this kind of oven an extremely precise and uniform ventilation system. Thanking to the knowhow and the innovation about the air through speed of the air in the material is possible to obtain nonwoven with considerable final thickness in comparison to a low weight.

The depth project of the air streams allows in this kind of oven to decrease the number of the thermo ventilation groups, reducing the energy consumption maintaining optimal characteristics of process. 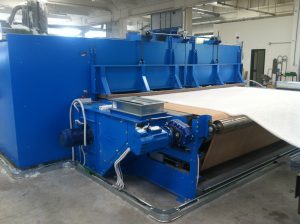 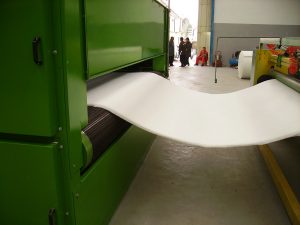 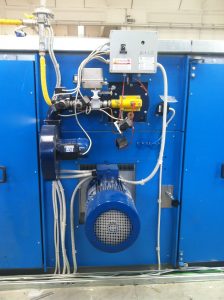 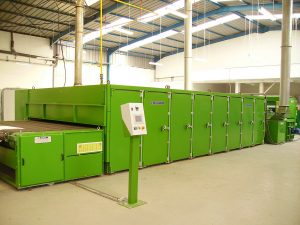 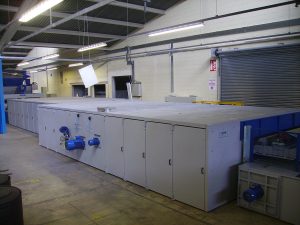 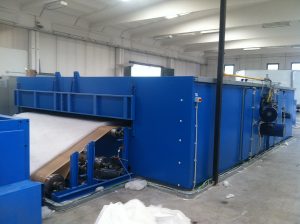 Sicam has a particular care in the choice of the conveyor belts according to the production request of the customers, as the conveyor belt is a strategic component for the final quality of the nonwoven.

In fact Sicam does a selection among many kind of conveyors in order to find the best compromise between the final surface finishing of the non woven and the optimization of the maintenance and cleaning operation.

In the Sicam thermobonding oven we find the application of the Sicam technology of the sliding out elements of the oven. This solution makes possible the access and the easy inspection inside the oven reducing maintenance and costs .

Coming in against the commercial needs of our customers in a dynamic and in evolution market ,Sicam proposes an upgrade of oven making oven multiproduct. In fact at the exit of the oven a cooling section with calibration top conveyor can be installed in order to increase the density of the nonwoven with compression.

The production of the machine is extended, in this way, also to high density nonwoven.